Who is Terence Watts

1989: Qualified as a Hypnotherapist after training in more than one course, including in Harley Street. Opened practice in Leigh on Sea, Essex.

1996: Founded Hypnosense, one of the first UK websites in Hypnotherapy. The site is still running and is a vast resource for hypnotherapists and psychotherapists.

1997: Became a full member of the National Council of Psychotherapists (UK); began research for the ‘Warriors, Settlers & nomads’ concept for behavioural change without hypnosis

2006 – 2008: Accepted as a full member of the International Stress Management Association. Awarded a Fellowship of the Royal Society for the Promotion of Health. Involved with the creation of Voluntary Self-Regulation for the field of Hypnotherapy via UKCHO (UK Confederation of Hypnotherapy Organisations) and the Complementary and Natural Healthcare Council (UK); also involved with the creation of the National Occupational Standards for Hypnotherapy. Achieved the award of Membership of the City & Guilds Institute of London (MCGI) for the creation of a professional training course for therapists in Psychosexual Dysfunction (Download the thesis).  Also created the coaching model, ‘SymbioDynamics’.

2011: Inducted as a Freeman of the City of London; Founded the National Register of Psychotherapists and Counsellors; ‘7 Ways and 7 Days to Banish Your Anxiety’ published; Training school accredited by IMDHA (International Medical and Dental Hypnotherapy Association);

2012 – 2014: Announced as ‘IMDHA Educator of the Year 2012’ in May 2012; Created and promoted BWRT and provided first live online training (in late 2013) to qualified therapists world-wide. Hailed immediately as a ‘breakthrough therapy’; ‘The Secret Life of Love and Sex’ published. ‘Smashing Depression’ published,

2015: Founded, with UK Government permission, The Institute of BrainWorking Recursive Therapy renamed in 2018 to The Terence Watts BWRT Institute; trained South African and UK psychologists in the advanced level of BWRT (Level 2).

2016: Founded, with UK Government permission, The British BrainWorking Research Society, a society for the research and development of neuro-science based therapies and therapy modalities

2017-2019: BWRT becomes regulated healthcare by the Health Professions Council of South Africa and later listed as required training for the Police Psychologists there.  Adopted for use by the South African armed forces to deal quickly with PTSD.  The first Annual BWRT World Congress was conducted in the UK in May 2017.

Additional information: From 1995 onwards, Terence has written many manuals and articles, composed several pieces of background music for therapy, created numerous websites, and has presented on various subjects associated with psychotherapy and hypnotherapy in many parts of the world, including Europe, USA, and Asia. Conducted approximately 35,000 client sessions, and since 1999 completed in excess of 10,000 teaching hours. In 2018 he was the only Briton ever to be inducted into the International Hypnosis Hall of Fame.

Terence has not retired and currently has no plans to do so. 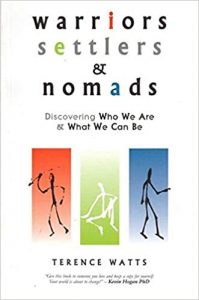