The concept of Lavender Solutions started in 2016, after a long battle of illness with my daughter Carrie.  Carrie had suffered an unknown illness For the 7 previous years, which was causing her joints to swell, overall pain, and breathing issues. Those 7 years were spent going from doctor to doctor, which led to many different diagnoses and prescription drugs that were ineffective and added to her medical issues. At that point, she was taking 17 different medications a day, and bedridden. The final straw which inspired me to seek help elsewhere, was after we were told by a doctor that there was no hope; that she would be bedridden for the rest of her life.

After much prayer, Heavenly Father led us to Utah, where we discovered a different philosophy of healing. Upon arriving in Utah, I submerged myself into learning as much as I possibly could about many different modalities, all with the drive to rediscover hope and better health for my daughter. Within 6 months, through these holistic modalities, her health improved drastically. Furthermore, she was able to come off all 17 of her medications, some of which she had been taking since she was 18 months old, without any ill-effect. Where she was once bedridden, she is now living a productive and vibrant life. She plays an integral role behind the scenes of Lavender Solutions, in product development and manufacturing.

From my experiences, I know that hopeless feeling that often accompanies watching a loved one’s health deteriorate and live in constant pain. I learned the importance of listening to, and supporting others in their journeys. I have seen what an empowering difference it makes to have truly supportive people in life that help you to believe in yourself. It was from these experiences that the desire to help others grew; Everything I do in Lavender Solutions stems from the desire to bring hope and balance to those I am blessed to work with. 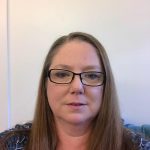 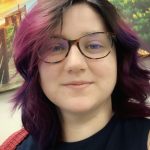